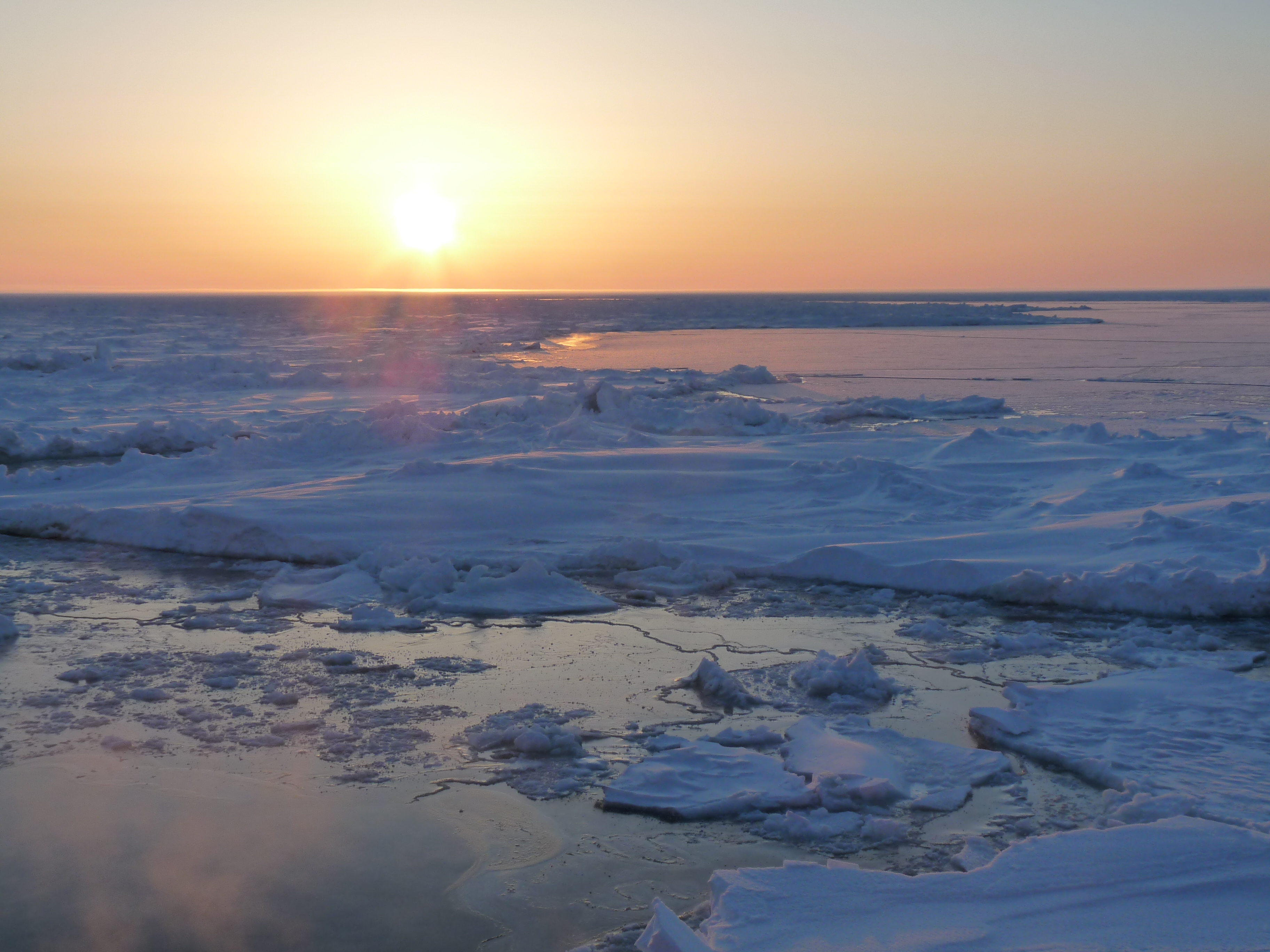 The central Arctic Ocean is one of the most extreme habitats on Earth. Months of complete darkness, water temperatures at freezing temperatures, and the presence of sea ice for most of the year are among its unique environmental settings. Although it appears to be extreme from the human perspective, the Arctic Ocean is the home for thousands of species of tiny plants (microalgae), and animals, living inside or attached to the sea ice, within the water column (plankton) and at the seafloor. Although substantial progress has been made over the last decades in exploring the Arctic ecosystem, understanding its functioning remains a critical contribution by MOSAiC scientists. The year-round sampling and experimental work of biologists will provide unique insights into the entire food web and the importance of its members. How will species prepare for the months of darkness, who will be active in winter, how will they respond to the return of the light after months of darkness, how do sea ice and plankton communities interact, and what is the role of sea ice in structuring the ecosystem functioning are among some of the questions addressed by scientists onboard.

To address those questions, MOSAiC biologists will sample ice and water column using a wide range of tools. Many experiments will be conducted to address food web interactions and responses to environmental changes, some of those listed below. Understanding the Arctic ecosystem now is critical, as the Arctic Ocean is experiencing dramatic environmental changes with loss of summer sea ice and increasing water temperatures. Here MOSAiC research will be a critical milestone in shaping the next decades of Arctic marine biological research and guiding society in future decision making regarding climate change. 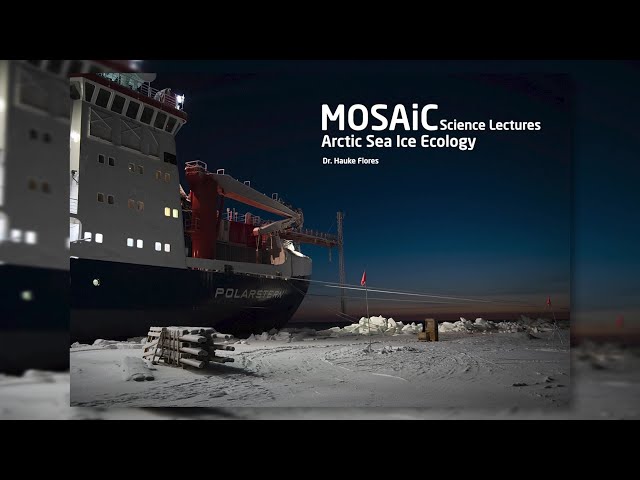 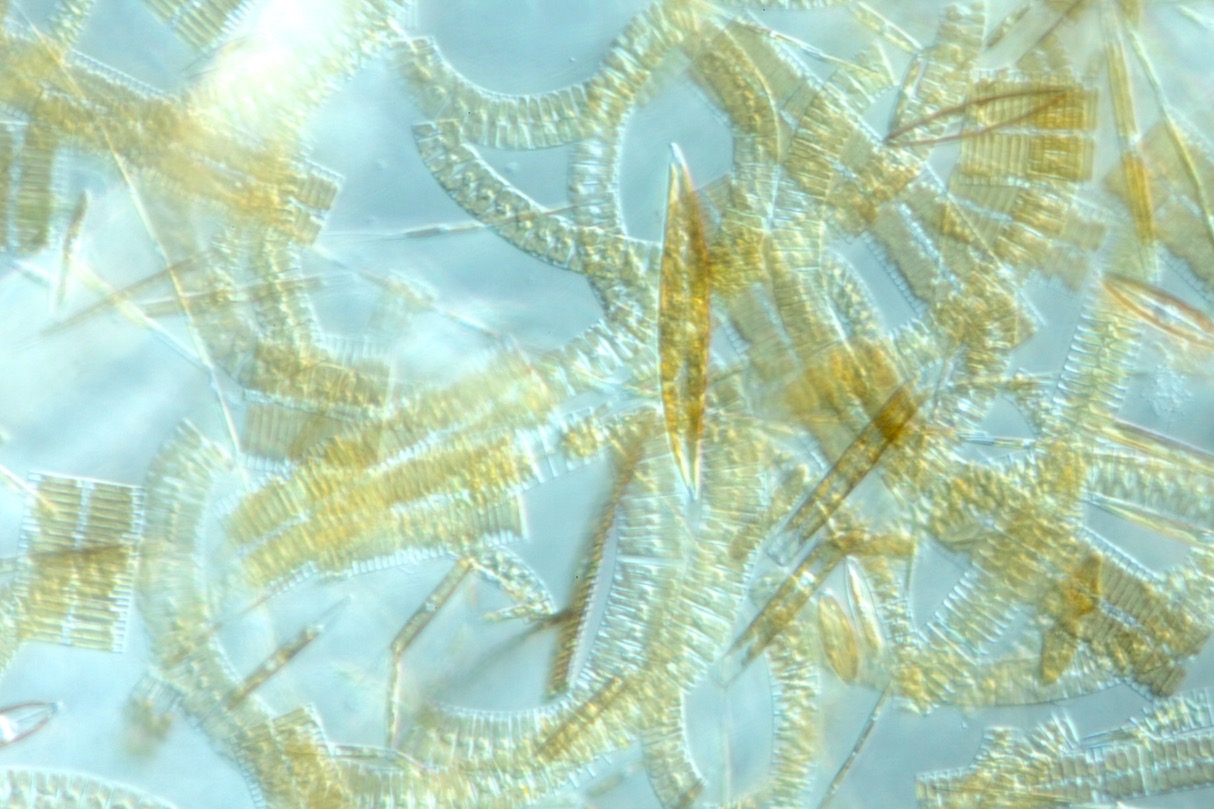 With the return of the light in early spring, microscopic algae start to grow in the ice and sea water below. Surprisingly large abundances of algae can be found first at the bottom of the sea ice, called ice algal blooms. In the central Arctic sea ice algae may contribute half of the entire primary production sustaining the Arctic food web. While some of this ice algal bloom is eaten by tiny animals within the ice, scientists believe that a large fraction will provide the first pulse of fresh food for the animals in the water column and at the seafloor. But how does this happen? Will animals like the few mm long crustaceans (called zooplankton copepods) swim to the bottom of the ice, or are they waiting below until the ice melts and the algae drop out of the ice matrix? Will fish follow the copepods to the ice or is the zooplankton hiding within the ice 3D structure from predation?

And how does the algal growth in the ice relate to primary production in the water column?

Here MOSAiC will study the abundance and composition of algae in ice and water while the movement of copepods and other animals will be followed with acoustic instruments, underwater video recorders, and nets. Detailed feeding studies onboard Polarstern will reveal who eats whom.

The seasonal flow of energy and matter in the ecosystem 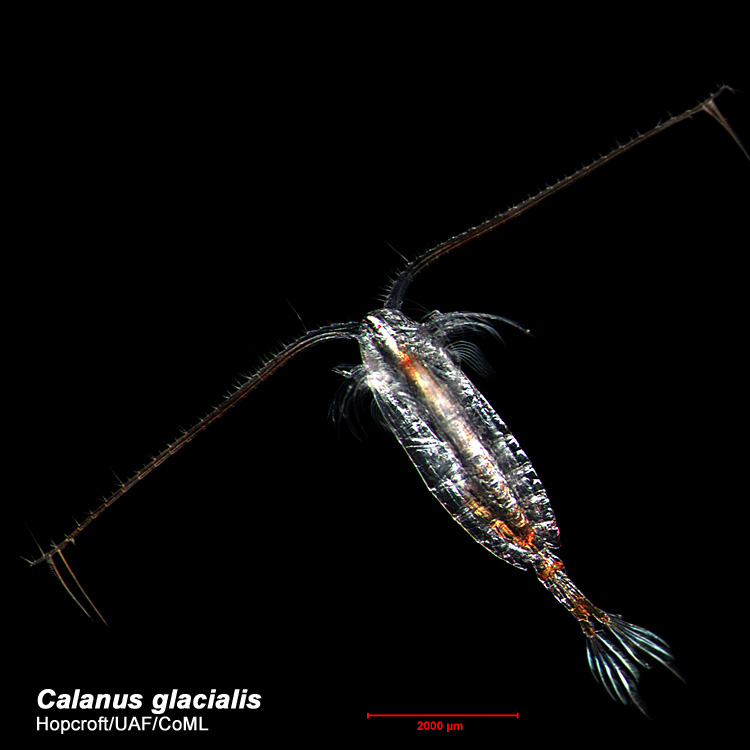 The Arctic ecosystem is driven by the production of organic matter by sea ice and water column algae (see above). There is still uncertainty about the amount of primary production in the Arctic Ocean, which is obviously a key value to determine overall biological activity. Recent findings over the last decade indicate the presence of completely new production features, that had never been observed before. The climate change driven reduction in sea ice and earlier ice melt allowed for increased algal growth in the water column in early spring, increasing the amoung of food for zooplankton early on in the season. But can zooplankton use this food, or will it be too early for them? And will there be enough nutrients in the water column to sustain such blooms? Will the balance of biological processes be disturbed by these unprecedented changes?

MOSAiC scientists will focus on these questions, not only from the biological side but also looking at the formation or fixing of green house gases like carbon dioxide. Some substances produced by the tiny algae could also modify cloud formation in the Arctic – a topic fo interdisciplinary MOSAiC research.