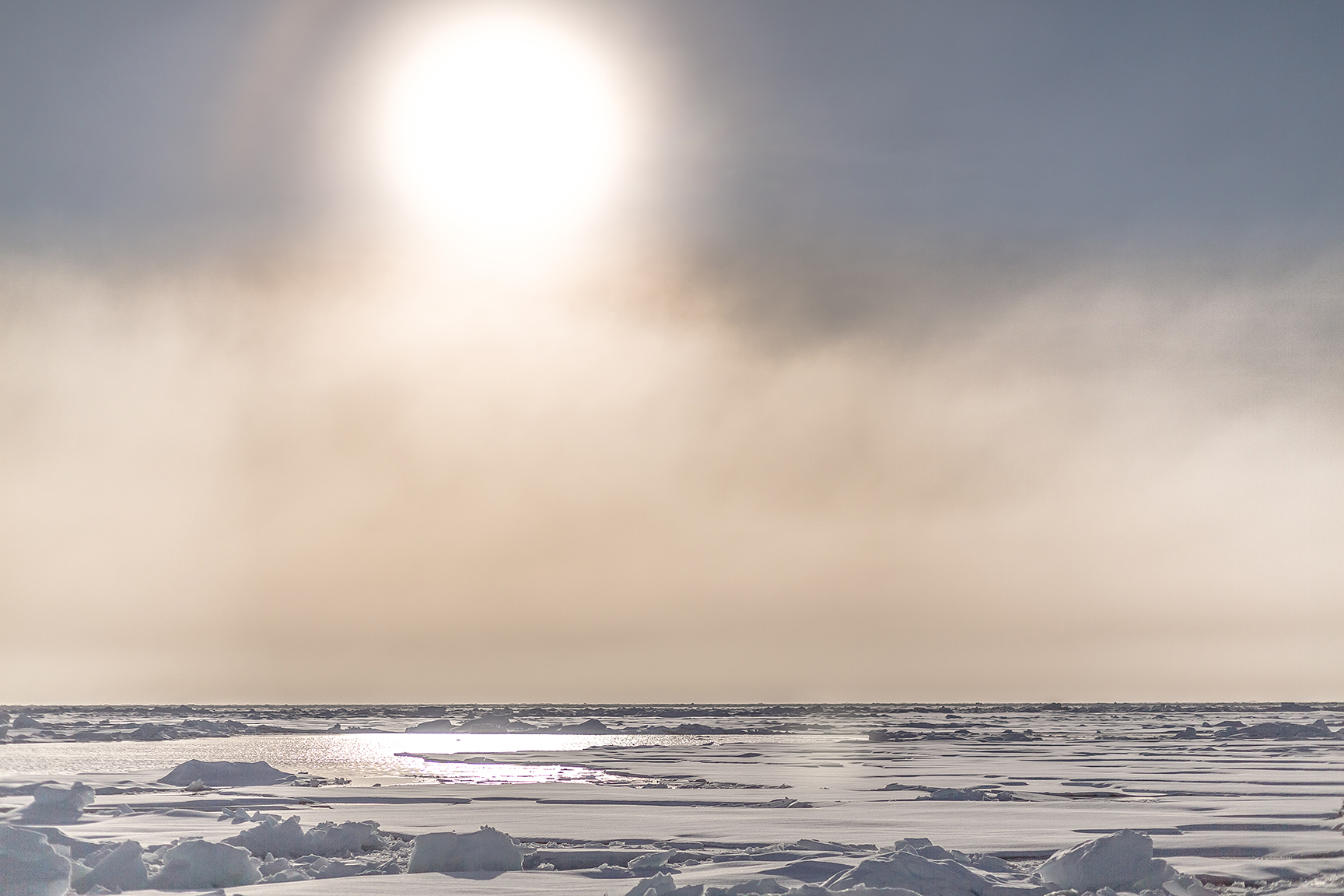 What happens in the Arctic Ocean doesn’t stay in the Arctic Ocean: there is a constant exchange of gases between the ocean and atmosphere. These include carbon dioxide and other climate-relevant gases like methane and oxides of nitrogen, but also so-called trace gases like halogens, which are often harmful to the environment. In order to make more accurate projections concerning the climate in the Arctic using mathematical models, we need to understand how these gas exchanges work in detail. Throughout the entire annual cycle that the expedition will spend drifting across the Arctic, MOSAiC experts from the Biogeochemistry (BGC) Team will continually monitor these gases and other important chemical compounds in the water – and beyond.

After all, the researchers believe there are complex interactions between the ice and seawater, and that the freezing and – especially in light of climate change – melting of the Arctic ice influence these gas exchanges.

In addition, the BGC experts hope to gain a better understanding of the parts that microorganisms and algae play in these chemical processes; after all, they are both major ‘gas producers’. Moreover, the biogeochemical system is closely linked to the Arctic ecosystem – offering an opportunity for exchanging notes and findings with MOSAiC’s Ecosystem Team. Especially any data gathered on the carbon, sulphur and nitrogen cycles will be shared between the two teams; in turn, data on atmospheric methane flows will be of considerable interest to the Atmosphere Team. 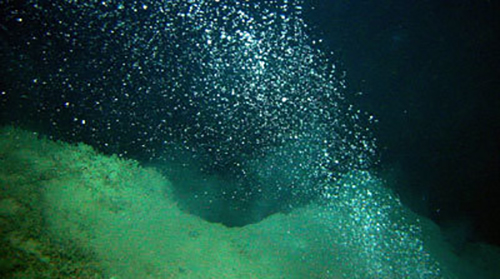 One of the researchers’ focus topics will be the ‘climate gas’ methane. As climate change progresses, major quantities of the gas could be released by thawing permafrost soils along the coasts of Siberia and carried to the Central Arctic by the Transpolar Drift. At the same time, it’s still anyone’s guess how much methane is broken down in the waters of the Arctic, and how much of this extremely climate-harmful gas ultimately reaches the atmosphere or remains in the ocean. With the help of continual monitoring, like that made possible by the MOSAiC expedition, the experts hope to better grasp the routes that methane follows.

One way the BGC researchers can trace those routes is by using a naturally occurring unstable (radioactive) gas, radon-222. The gas is formed in water at a fixed and known percentage, and is then released into the atmosphere – or, if sea-ice cover is present, isn’t released. And gases aren’t the only substances that can be monitored in this way: tiny amounts of another radioactive particle, beryllium-7, drift down from the atmosphere onto the ice, and can be used to determine the ‘resupply’ of materials from the air. Thanks to radioactive decay, both substances can essentially serve as atomic clocks, which can be used to measure the speed of key processes. All of these efforts share the same goal: optimising current climate models, which aren’t yet capable of depicting the complex gas exchanges in the Arctic at high resolution, or of accurately reflecting their influence on the climate. 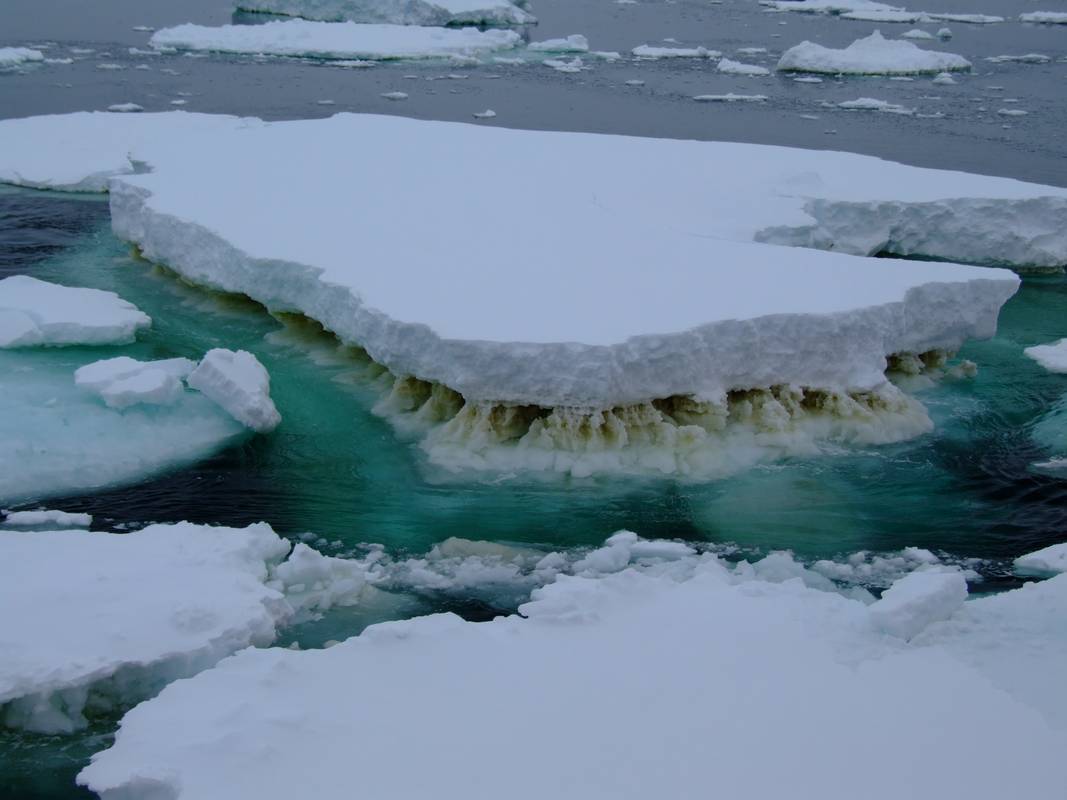 Algae are the perfect example of the Arctic life-forms that the BGC experts will be most interested in during MOSAiC. After all, many of the gas exchanges between the ocean, ice and atmosphere can ultimately be traced back to them: algae produce the chemical compound DMSP. In turn, bacteria break DMSP down into dimethyl sulphide (DMS), which is released into the atmosphere. Once there, the tiny DMS particles act as an aerosol upon which water vapour condenses into droplets – the nuclei of clouds, which have a massive influence on the Arctic climate (and how it is changing). We now know that DMSP isn’t broken down into DMS at a one-to-one ratio; rather, there are various channels for processing DMSP in the ocean. In addition, the production of DMSP and the breaking down of DMS in the Arctic aren’t uniform; they depend on the water masses and the ice cover.

Accordingly, one of the main questions for our biogeochemistry researchers is: how does the ice influence how DMSP is broken down? For example, it’s conceivable that the ice serves as a barrier and keeps the newly formed dimethyl sulphide trapped in the ocean. At the same time, it’s possible that algae within the ice contribute to DMSP production. Clouds and precipitation greatly shape the Arctic climate, and experts from the ATMO Team will especially focus on their formation processes throughout MOSAiC. Consequently, the new findings on dimethyl sulphide will be particularly important to them. 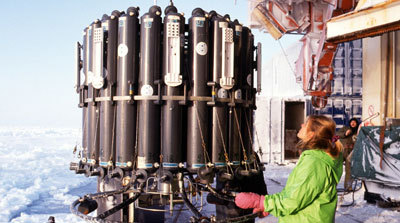 Even for the experts from the BGC Team, especially the Arctic winter is still a ‘black box’ – a great unknown, because it remains largely unexplored. To change this situation, the BGC Team will combine a broad and diverse range of experiments and measurements to capture the annual cycle in the Arctic, including all the changes throughout it, as accurately as possible. On the Polarstern, for example, water samples will be gathered via CTD / rosette at regular intervals – and will then be analysed in the on-board labs, e.g. with a gas chromatograph, which can be used to identify the individual gas components in a given sample.

Moreover, in Ocean City, one of several ‘districts’ in the ice camp surrounding the Polarstern, a CTD will be used to gather ice water samples from the Arctic Ocean, particularly in order to study how the freezing process affects the distribution of gases, while elsewhere in the camp, ice core samples will be drilled, e.g. to determine the amounts of trace gases in the ice, which can in some cases be harmful to the climate and environment. And things are bound to get even more interesting for the biogeochemistry experts when the spring arrives, the Artic fauna in the frigid world near the North Pole return, and algal blooms begin to form.