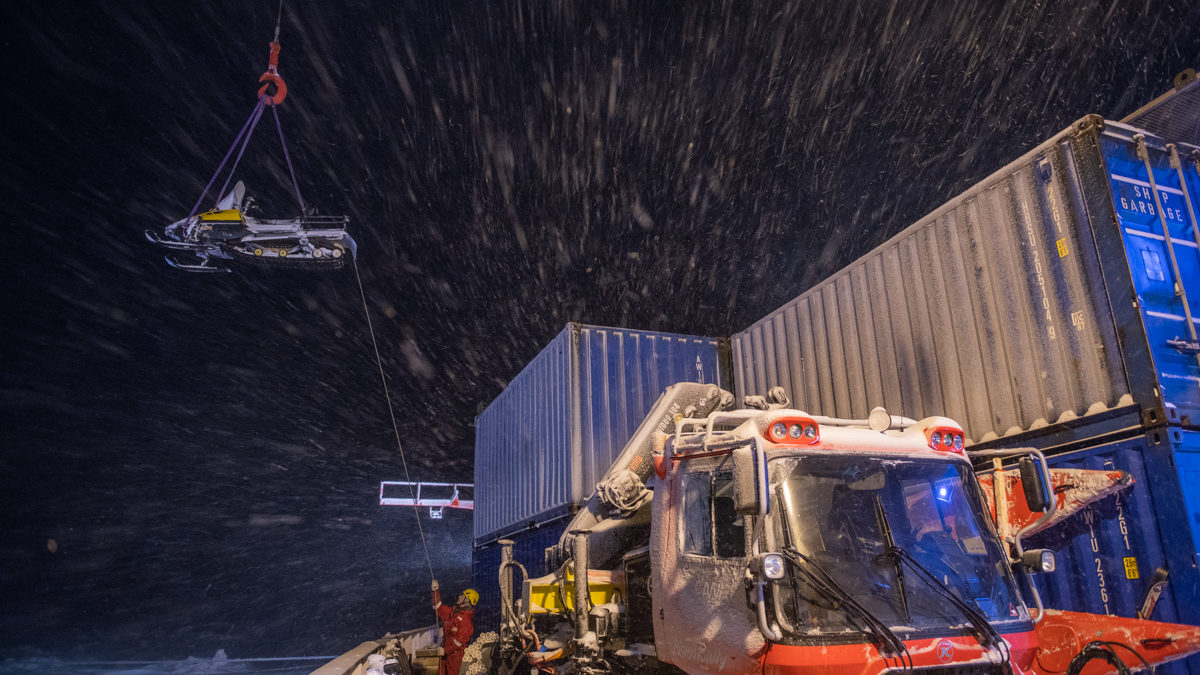 A powerful winter storm swept over Polarstern earlier this month, tearing new cracks in the ice floe next to the ship, sending ice-based instruments adrift, and forcing a rescue-and-reconstruction process that could take days or weeks of work. No people were hurt during the storm. “This storm was a fantastic opportunity to study the important role of such events in Arctic climate. We already see the effects in our measurements before, during and after the storm,” said Markus Rex, leader of the Alfred Wegener Institut’s (AWI) MOSAiC expedition, Multidisciplinary Drift Observatory for the Study of Arctic Climate. 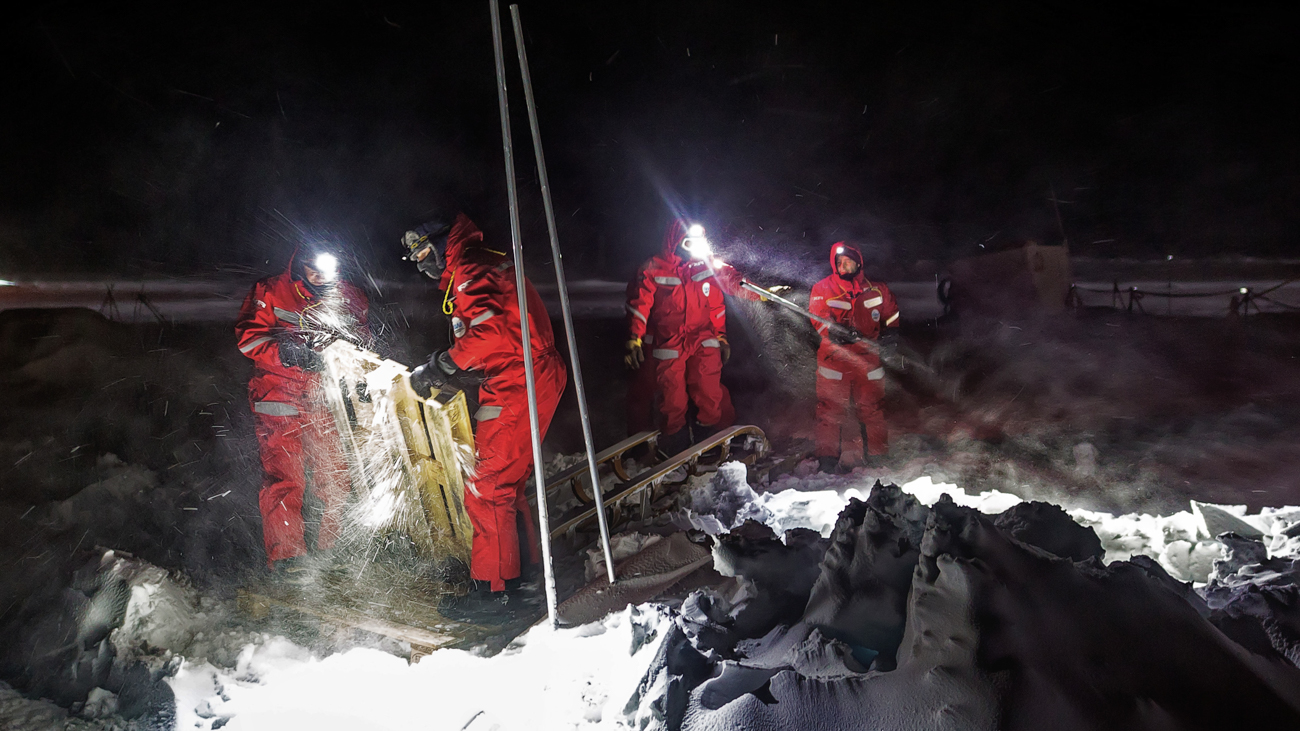 “It also changed the map of our surroundings,” Rex said. “A shear zone formed right through our observatory with one part drifting about 500m sideways relative to the rest of the installations. We will need to relocate and reconstruct some of our equipment on the ice.”

AWI is leading the international, 13-month mission to study all aspects of the Arctic climate system, including interactions among the ocean, the sea ice, and the atmosphere. Several hundred scientists from 20 nations are involved, rotating through 2- to 3-month-long “legs” of the mission. U.S. participation is primarily supported by the National Science Foundation, which is contributing roughly $24 million to the project, making among the largest Arctic research initiatives the agency has ever mounted. The Department of Energy is also highly invested in the mission, funding nearly $10 million and providing the largest suite of atmospheric instruments.

There are about 100 people onboard the RV Polarstern now, where the sun has set for the season and scientists have been setting up and adjusting equipment with powerful headlamps and thick mittens. The storm started Friday, November 15, about two weeks after science data collection officially began. That Sunday, many MOSAiC participants gathered at the ship’s bridge, looking out over the sea ice floe that RV Polarstern is moored to. They held up cameras to capture the drama outside as winds up to 40 mph (18 m/sec) pushed around the specialized “cities” of instruments set up on sea ice, and held breaths, hoping instruments wouldn’t fall into the water.

None did, at least not at that moment. Currently, losses do not seem insurmountable and those on board are busy already re-setting equipment and making plans to restore power. Power lines from the ship to ice-based instruments were disconnected deliberately in some cases, to avoid pulling equipment into the water as ice moved around.

David Costa, an engineer with CIRES and NOAA, wrote that he and his colleagues had to move one guy wire that holds up a meteorological tower—a new crack had formed between the base of the tower and the anchor point. “We are running [our instruments] on a generator,” he wrote on Wednesday. And on Tuesday: “it was too dangerous to get to Met City this morning. Snow over leads.” Leads are cracks in sea ice.

In recent weeks, the ice has been so stable that people sometimes forget there’s an ocean below; the storm felt like a reminder. Costa and colleagues watched from the bridge as leads opened up in the ice, revealing dark water with snow swirling all around.

Amy Richman, a CIRES videographer who is on board to gather material for an NSF-funded planetarium show about MOSAiC, said she’s been amazed to realize how much physical labor science can take, especially when the mission is to make observations in a remote, understudied part of the world. “The work, effort and persistence involved is astonishing,” she wrote in a blog post. “I use the word hard. The scientists say challenging.”

NOTE: This story is compiled from first-hand accounts sent from the Polarstern in short texts and during static-filled phone calls. Conditions are continually changing, and information in this story should not be used in decision making.

The story was first published on the CIRES website..