The Crew of the Kapitan Dranitsyn 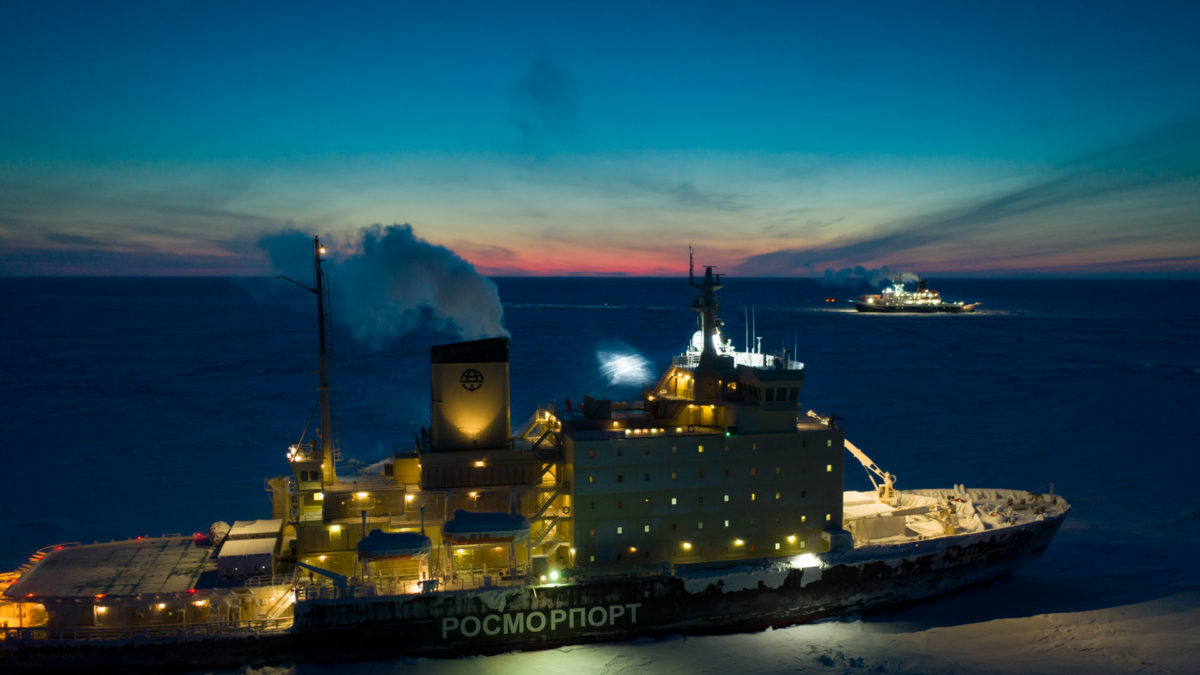 The icebreakers Kapitan Dranitysn and Polarstern in the Arctic ice

At the end of February 2020, there were two new records in the history of polar research, as the University of Cambridge’s Scott Polar Research Institute has reported: on 24 February, Polarstern’s drift took her to 88°36’ North. At this position, the ship was only 156 kilometres from the North Pole. Never before had a ship ventured so far north during the Arctic winter.

Only two days later, the Russian icebreaker Kapitan Dranitsyn, which was on her way to her rendezvous with Polarstern, broke the next record: The Kapitan Dranitsyn, shortly before her rendezvous with Polarstern at 88°28’ North, reached the northernmost position on her mission, marking the first time a ship had made it so far north under her own power, so early in the year.

The Kapitan Dranitsyn’s mission was to support the second exchange of researchers and crew in the MOSAiC expedition. However, with fast sea ice having slowed her progress, the Russian icebreaker had to work her way through the Arctic sea ice for days and nights on end.

With this nautical masterstroke, the Russian crew around Captain Alexandr Erpulev not only enabled the exchange of the expedition members of leg 2 and 3, but also the important logistical supply of Polarstern, which had been drifting trapped in the sea ice through the darkness of the polar night.

It was during the difficult journey through the sea ice, when this series of portraits of the Kapitan Dranitsyn’s crew was created.

“My hat goes off to Captain Alexandr Erpulev for successfully navigating the icebreaker Kapitan Dranitsyn through the Arctic winter and virtually to the North Pole.”