The mission of MOSAiC

MOSAiC aims at a breakthrough in understanding the Arctic climate system and in its representation in global climate models. MOSAiC will provide a more robust scientific basis for policy decisions on climate change mitigation and adaptation and for setting up a framework for managing Arctic development sustainably.

The Arctic is the key area of global climate change, with warming rates exceeding twice the global average (Figure 1) and warming during winter even larger. It is well possible that the Arctic ocean will become ice free in summer during the 21st century. This dramatic change strongly affects weather and climate on the whole northern hemisphere and fuels rapid economic development in the Arctic.

Future climate change projections for the Arctic are extremely uncertain with a factor of three uncertainty of projected warming by the end of this century – a much larger uncertainty than anywhere else on the planet (Figure 2). 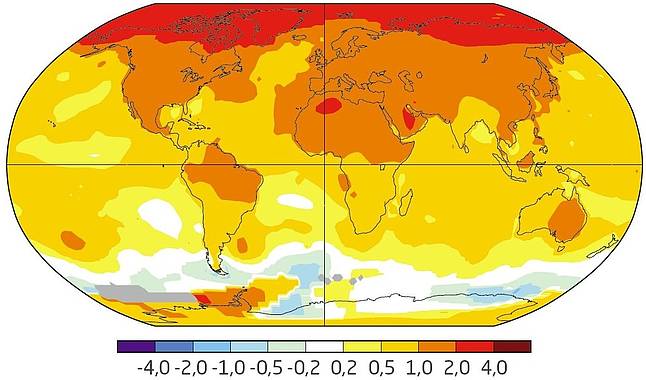 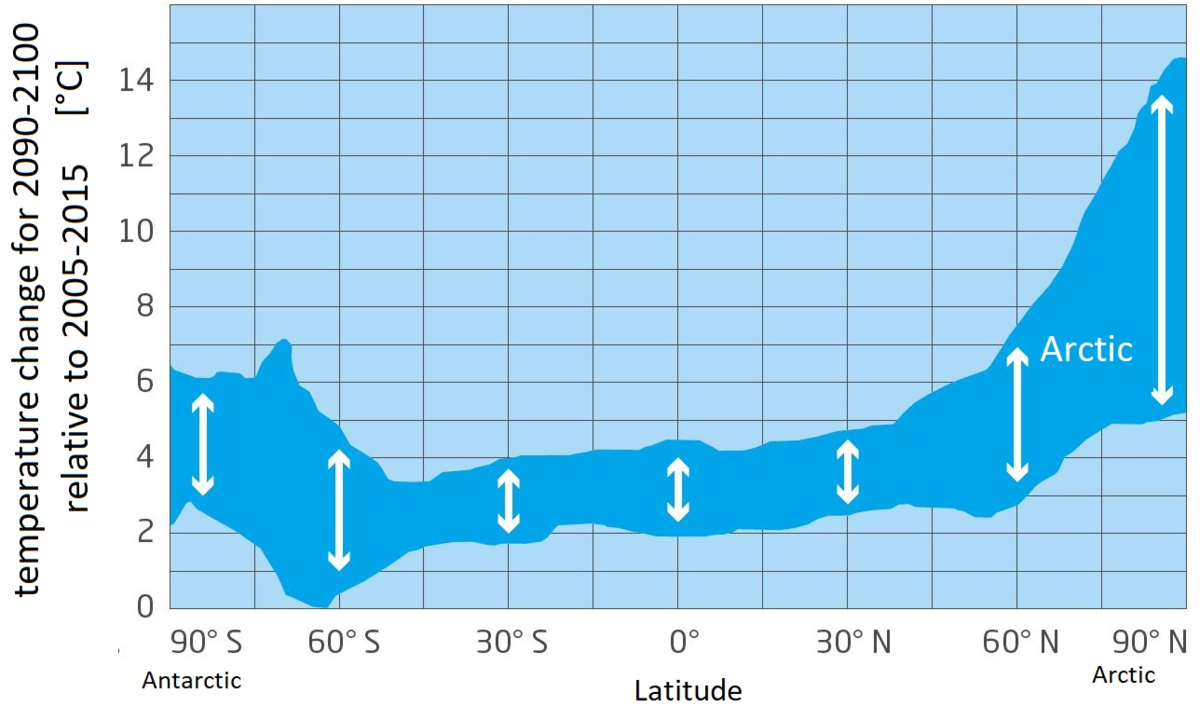 Figure 2. For the Arctic the uncertainties of climate models are much larger than for any other part of the planet. Here projections of the warming by the end of the century range between 5 and 15 degree Celsius among the different models, for the same rather pessimistic greenhouse gas emission scenario (RCP8.5) which is shown here.

Many processes in the Arctic climate system are poorly represented in climate models because they are not sufficiently understood. As long as we do not understand these processes, Arctic climate projections will not be robust.

The understanding of Arctic climate processes is limited by a dramatic lack of observations in the central Arctic, especially in winter and spring. During these seasons sea ice is so thick that even the best research icebreakers cannot penetrate into the Arctic and researchers have always been locked out.

MOSAiC sets out to investigate the heart of the Arctic climate system year-round – one of the largest uncharted areas in climate research.